Go to all docs

Adding Text to a Drawing

Adding a note to a drawing:

Right-click on open space on the drawing, near the location where you want to place the note, then select Note from the menu as shown. <cf>

In the dialog, type the text for the new note, then click Done. This example shows a single line, but you can use multiple lines. <cf>

The note text appears in red and on an angle as shown.

Use the spacebar to change the orientation

Press the spacebar repeatedly until the red note text has the desired direction and slant. The sequence of the eight available choices is shown below. This allows you to choose which plane the text appears to populate. The note is considered to be located at the lower left corner of its first letter. If the note is in or close to an offsetbox, choice 8becomes regular non-slanted text with its baseline parallel to the offsetbox diagonal.

Use the Arrow Keys to reposition the note

If you were to press Enter at this point, the note would be accepted and would turn black. Before that, while the note is still red, you can reposition it using the left and right arrow keys. For fine adjustments, press the zero key on the numeric keypad. For coarse adjustments, press 5. You can also move the note in isometric directions using the numeric keypad as shown below.

Use Shift-Up and Shift-Down to Adjust the Text Size

To modify an existing note, click on its text baseline at the start of the note. For letters like A, B, D etc., this is the same as clicking on the lower left corner of the first letter. With letters like T, V, Y and W you need to click a bit farther to the left, as shown below:

When you click on the start point of a note, a dialog box appears and lets you edit the note as shown. You can also specify blue or red and/or add a single or double box around the note.

If the note’s start point is on a pipe, hold down the ALT key when you click. This tells SpoolFab that you want to edit a note and are not trying to place a branch. <cf>

Notes retain the order in which they were drawn. If you use four lines to make note 1, for example, they will become notes 1, 2, 3, and 4, and the next single-line note will be note 5 as in the example below.

Gathering notes into a block of text

If you start to edit Note 1, then repeatedly click Next note too, you can continue on to include Note 5 in the group. You can then adjust the location and orientation of all five notes together. Press Enter to accept, then if necessary press F4 to clean up the display. 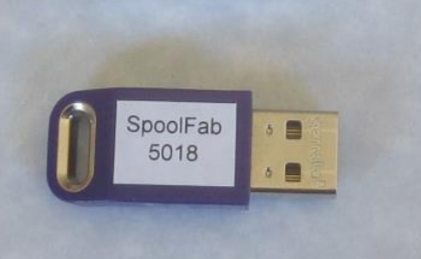